skip to main | skip to sidebar

My Levi Weaver review for the mag 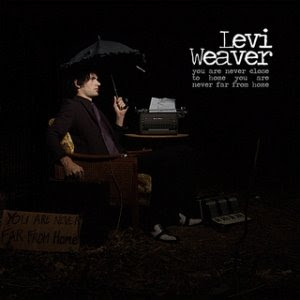 I believe it was July of last year I went into my Myspace friend request and began to finally sift through and listen to all the band requests people had sent me for months. Amidst the mass requests of terrible garage sounds, and Djs that wish they could- there was one man, and one voice that stood out. That man was Levi Weaver.

I immediately approved his friend request and began listening to the songs he had posted online. I was blown away for many reasons. The first thing being his lyrical capabilities. He was more thoughtful and clever than any lyricist I had heard in quite some time. The second was his voice. That voice was unique and tender in parts, almost a whisper. In others reaching the height of emotion with a pitch perfect yell. The third reason I was blown away was frankly because I liked his music. He's more Folk Americana acoustic music than anything and sincerely, that's not my bag. My Mother raised me on bands like Peter Paul and Mary, and even had some Johny Cash tossed in for good measure. He seemed more like my Mom's kind of music from a reasonable stand point. But I found myself wandering over to CD Baby and buying his first full length album "You Are Never Close To Home (You Are Never Far From Home.)" That my friends, is where the trouble begins.

After waiting two months anxiously for my cd to arrive I realized something had gone wrong, and I wasn't waiting any longer to receive this gem. I contacted CD Baby and they said the cd had been returned and they would send it out again as soon as possible.
Unfortunately I had a show I needed to play in Salt Lake City in a day and a long car ride there from Seattle. I had hoped I'd have the album to listen to and learn while I was traveling. I decided to contact Levi directly about this problem. Levi immediately sent me a copy via email so I would have it on my trip, no questions asked. I point this out because it's rare you find such an artist who cares so much about his fans.

The album is fantastic and made the bus ride almost pleasant. The first song that caught my attention was "Family Fued." An upbeat rock story song that leaves you wondering what happens to dear Levi til the very last note. (I've caught many a friend toe tapping to this one!) From there we move onto "You Are Home" a beautiful minor ballad crying the lines
"Oh you are home
And No Matter Where I go You're in my bones
And no matter where I sleep
I never rest outside the place I keep my soul"
A topic anyone in love can relate to.
Another topic is infidelity which is a source of inspiration for the song "Which Drink" in which Levi drowns his trouble in liquor after a lover's indiscretion. The screaming guitars only accent Levi's pain which renders this listener very sympathetic.
Levi is a master of melody that shines through in the songs "Of Bridges Burned" and "Would We Lairs Be."

The album is a collection of unique voice, idea, and sound for this day and age and I highly recommend it.
Levi Weaver finished touring as the opening act for Imogen Heap and since has been touring on his own and is gearing up for an over seas stint. You can find him directly at http://www.myspace.com/leviweaver and his songs and albums are available through cd baby, itunes, and his direct site www.leviweaver.com
Posted by Kat Skratch at 1:48 PM No comments:

Kat Skratch
The Devine Northwest, Washington, United States
I wrote this blog because life will fuck you up more than anything you put in your body